The regular season is already in the books . . .

Good news . . . only about 293 days until the start of the 2020 regular season.  Plenty of time to hit the wall for those for whom their season is over as of Saturday.

Final Four is coming up on May 9th . . . and 10th . . . and 11th . . . if Flag Football will finish on time and no rain interferes.  Imagine a Sunday final for the Boys thanks to the blinders in Gainesville . . . aw heck, why b***h unless it actually happens.  Like it did in Bradenton in 2014 when the Girls showed up on Friday morning and didn’t finish until Sunday afternoon.

Damn, I’m feeling withdrawal even BEFORE the season ends.  And no Launch to help fill the gap . . .

Might as well get this out of the way first:

For those players, parents and coaches who are finished this season, and are moving on . . . to college, retirement, etc., THANK YOU for your efforts.  Whether playing or coaching or being a ref, or sitting in the stands after driving the player, the dedication and effort that goes into high school sports can be thankless, financially draining and physically challenging . . . but also exhilarating, thrilling and satisfying.  Good luck with whatever the next steps in life take you!

For those I have met and talked to, debated and even sometimes took to task . . . I hope you got out of it what I intended.  And thanks for sharing this part of your life with me!

A little Florida action from the Gulf Coast . . .

Ponte Vedra Wins the Regular Season.  On the field.  Congrats to them for their come from behind victory at Oxbridge on Saturday.  The game was a roller coaster ride all itself.  If they meet again it might be Space Mountain.

5) Bishop Moore – will be fun and revealing

6) Benjamin – they must learn to finish better

8) Jupiter – offensive struggles are being corrected

9) American Heritage-Plantation – not letting up on the schedule this week at all.  Benjamin game huge for where they truly are.

13) Riverview-Sarasota – they will face Berkeley this week

15) Newsome – Jesuit is the final test

17) Plant – needs to stop the bleeding

20t) Lake Mary – looks like they are getting it together at the right time, but likely can;t handle the best teams.  Great schedule gets them respect . . . something a lot of other teams below them need to learn

23) Boca Raton – wins over Stoneman Douglas and Western . . . rapidly improving.  Threw away a game against Columbus they fully controlled.

In the 1980’s one of the surprise movie hits was the film Dirty Dancing.  In honor of the lacrosse Mom’s, here’s the finale of that . . . kids, that movie was to your Moms what the Farah Fawcett poster was to those of us Men a little older . . .

District Playoffs Are On

You can see our previews on the site and for many of the districts the regular season winner will easily repeat the feat but there are some real doozies out there too.

Chiles with the 16-14 win over West Florida

Oviedo 13-11 over The First Academy 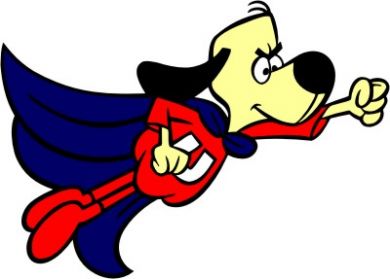 Underdog Upset of the Week

I did a double take on this one.  Cypress Bay is the largest school by population playing Boys Lacrosse at nearly 4,700 students according to my FHSAA info and Wikipedia, and Coral Springs Charter is a fraction of that.  Four years ago, Cypress Bay was a bracket team featuring Marquette recruit Anthony Courcelle and a solid supporting cast.

Coral Springs Charter lost to John I Leonard this year and also had a stretch of scoring only 9 goals in 6 games against a tough district schedule.

What the heck happened at Cypress Bay the last few years that led to this?

For the second intermission I want to introduce to many of you a YouTube channel that you need to follow and subscribe to.  Mike Loveday of Laxrecords.com, teams up with Mike Ward, who covers the Midwest high school lacrosse scene!  I’ve been a guest of Mike’s a number of times and he recently interviewed Pete Mastro of Tampa Lax Report too!  Mike is a big supporter of the Florida scene so let’s return the favor!

For those used to a certain hierarchy in the Sunshine State Conference on the Men’s side, how about this?

Yes, that’s LYNN at the top!

And on the Women’s side we have this from today:

THREE teams in the Top 6 of the Poll this week!

If you’re team has been eliminated from the high school and still need a fix, don’t forget we also have a heck of a college conference to attend games for too!

Lace Up For Lax

Our sport’s generosity goes unnoticed in many parts of the national media, which still sees us as some sort of White Privilege poster child but we know better in our state’s lacrosse community and once again we showed up.

On Thursday I witnessed the game between Western and King’s Academy and the latest installation of Lace up For Lax and both teams came to play, during AND after the game.

Our kids are more special than their stereotype and that needs to be reinforced over and over, until the know-it-alls are left with nothing else to say.

If you are downtown in Boca after 6:30pm, 7 days a week, or even if you are suddenly driven by the desire to hop in your car and drive 3 hours to the location, here’s Boca’s hottest new dessert place . . . really, the only place you get FRESH, MADE TO ORDER, baked goods and sweets!  Take your date, your parents, heck, even your dog . . . they even DELIVER within a couple of miles!

Many of you are aware of the Casey Powell Video Game but do any of you know the company behind it?

How’s that for a FREE AD guys?

Feel free to call us to discuss an Affiliate Marketing Agreement!

And finally, we need an introduction to the Triple Crown Lacrosse FLN Top 25 . . .

And in honor of Ponte Vedra’s victory on Saturday . . .

5) Jupiter – offensive struggles HAVE been corrected

8) Bishop Moore – was not fun but really revealing

9) Benjamin – this might be generous right now, and now a big hole at FOGO

11) St. Edward’s – keeps holding serve, should be a decent match for the Jupiter/Benjamin survivor

13) Riverview-Sarasota – did beat Berkeley, but now CM looms in District

14) Pine Crest – frankly this is getting ridiculous this year when you get to this area . . . but they only lost once and as I’ve said before, George Harris can coach

17) Western – a great opportunity to get to a regional final, can they?

18) Jesuit of Tampa – okay, I cheated a little and included today’s result

20t) Boone – win over Winter Park gets the nod