A crisp, cool Saturday afternoon in the old section of Pompano Beach.  Old Florida as I remembered it as a kid and visiting down here.  Bright blue sky.  One program that has started on their varsity status, playing another that I hold in the highest regard for a lot more than the quality of their play.  Even comped a freshly barbecued burger after the game.

A little off to the side was the Pompano Beach Amphitheater.  Chicago, Blue Oyster Cult and the Steve Miller Band.  Just beyond that was the Goodyear Blimp storage hanger. 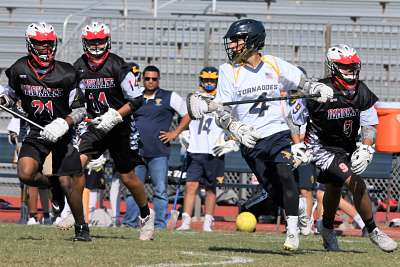 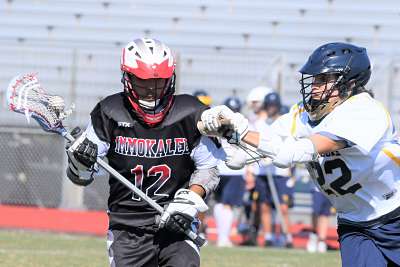 I’ve written about Immokalee a number of times and it never gets old.  Head coach Scott Rickard is the Houdini of Florida lacrosse.  Just keeps going and going until the job is done.  He team plays like that.  They never met a collision they didn’t enjoy.  Even when carrying the ball.  They are traveling north for a week of lacrosse.  Two years ago we talked about playing the Charlotte team featured in ESPN’s 30 for 30 but that coach had moved on.  Would have been a great story to write.

Another great story is when another school decides to get with the modern program of this sport.  A few years ago it was Pompano Beach that started up, playing two years of Independent, and this year took the next step, having already beaten Coral Glades and South Broward.  Xavier Johnson is the head coach, helped along the way by Bob Rose.  It’s been a while now since Bob lost his wife Donna, and for the first time I saw a real smile on him since then.  Donna cast a long shadow over the sport down here and finally Bob can enjoy himself as part of this new process.  We chuckled about the fact I had discovered that morning while preparing for the game that Donna and I shared the same birthday and he smiled at that too. 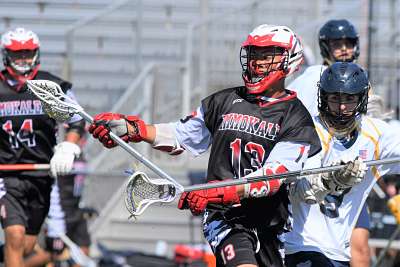 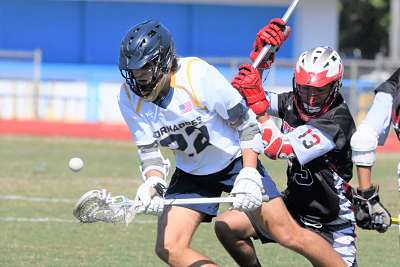 As far as the game was concerned it fit the profile you’d expect.  Effort led to turnovers.  IQ is a work in progress.  Some individual plays that showed great promise down the line.

And the more experienced team won.  I don’t yet have the names for the Pompano players so I will use the jersey numbers and when the names come in I’ll update the article with them.  The time was kept at the scorer’s table so I don’t have that either.  Since he didn’t hit the scoresheet I wanted to point out #4 on Pompano Beach, a long pole I thought played a heck of a game and shows a lot of promise. 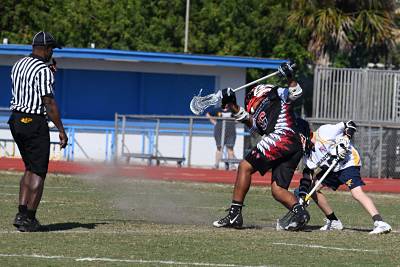 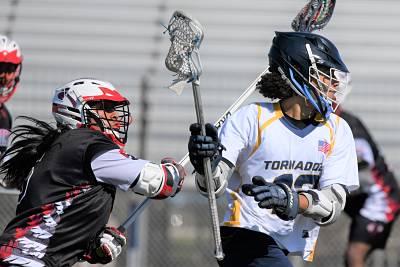 Saturday afternoon with perfect lacrosse weather and two teams playing their hearts out.  Could have watched some great D1 action; this was better.

Immokalee won the game because they took over the game in the second half and converted their opportunities better while Pompano Beach went scoreless in the 2nd half until the last few minutes.  Immokalee took the faceoff battle and won the groundball game.  Their shooting was more accurate (17 for 24 on goal versus 13 of 25 for Pompano) and that’s the formula for winning a game no matter what level of play it is.  The Indians are now 3-3 on the season, and they played a traditional power in Barron Collier to a good loss.  Pompano Beach received no favors from the FHSAA with their District assignment, with THREE Top 15 FLN Poll teams in Class 1A, District 14.  It will be a STEEP learning curve.

And if they get competitive with those programs it will really feel right. 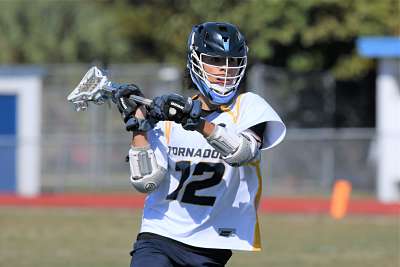 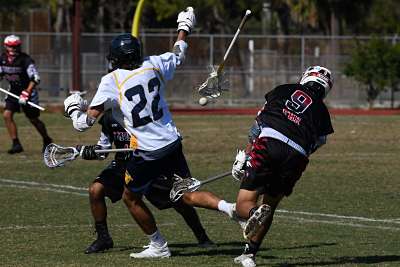 Immokalee ended the first period with a 3-1 lead.  Robert Campbell opened the scoring on EMO, taking the Wikenson Julien feed from up top in the middle and he turned right and went between the legs of the Pompano goalie, #18.  PB’s #2 took advantage of a turnover near midfield and after a face dodge, was able to dash to the goal clear and finished with the right hand to the low right for 1-1.  It went to 2-1 as Juan Chavez found Bryan Lara on the left wing from low left for the low shot.  And then Lara found Martin Maldonado on top left for the step down to the low right corner for the 3-1 lead.

Pompano turned the tables in the 2nd with three straight to take the lead.  #12 face dodged from up top to the middle and went right hand low.  Then #2 scored his 2nd with the left wing dodge to the middle and the bounce shot and that was followed by #2 finding #14 on the fast break all alone in front for the easy putaway.  Immokalee tied it up at 4 before the half as Maldonado found Chavez on top right from up top for the step down from distance and that’s how the half ended.

Immokalee took the third 3-0 to make it 7-4.  Lara took advantage of a loose ball down low to finish right hand low.  Campbell followed with the right wing dodge to the middle and a left hand low shot.  And finally Lara and Lewis Louis combined on a fast break as Louis fed Lara on the left wing for the 7-4 advantage. 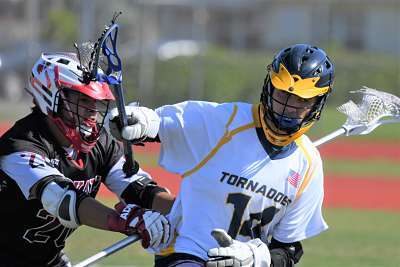 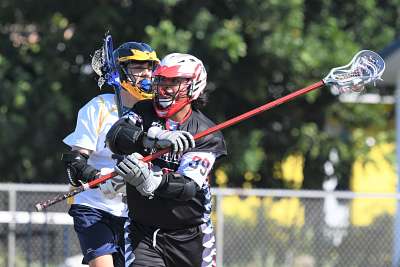 The Indians broke it open in the 4th with the first three goals to push it to 10-4. Julien feeding Lara on left wing, Chavez with the dodge to the middle and Julien finding Chavez in the middle.  Pompano scored twice late to make it 10-6 as #22 walked in from the left wind and #5 found #22 on the low left from top left to finish the game.

Not giving up when the game was out of reach. 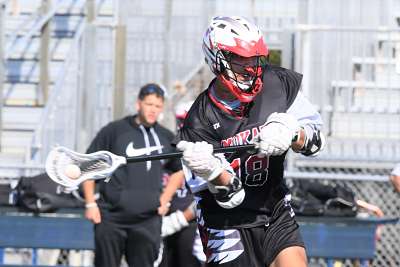 Pompano is back on the field Tuesday, playing North Broward Prep and Immokalee will be on the road to Community School Naples for a Tuesday game before hitting the interstates.

Thanks to Coach Johnson and Coach Rickard for talking to me before and after the game.