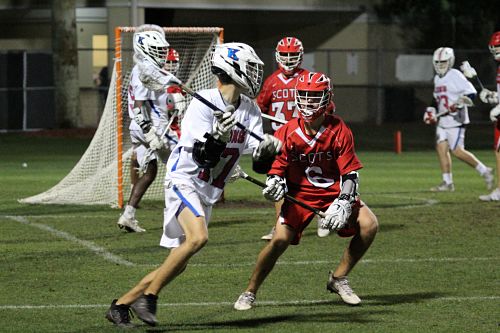 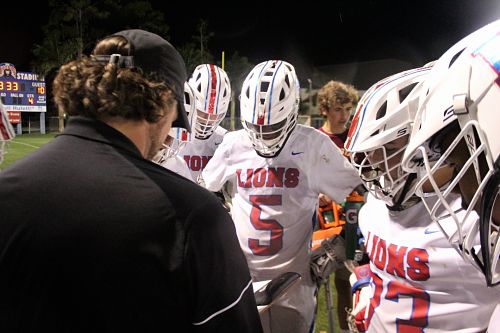 Hours before the game, the coaches discuss the fact that the weather may cause another rain out game and with the season wrapping up this weekend, the prospects of making it up looked dim. Hours later, the sky drops little rain, no lightning and a game begins. This game did not disappoint at all. The end of the first quarter is a 3-3 tie with halftime showing a 7-5 advantage for Saint Andrews. The Scot’s Defense was locked in all night with #33 Louie Adams and #7 Corey Frydman putting constant pressure on the Kings Offense. With a 10-6 Saint Andrews lead in the 4th quarter, Kings was able to rally and score 3 unanswered goals to cut it down to 10-9.

Later in the quarter Kings went 2 man-up with 3 mins left to play down by 1 goal. Saint Andrews with 4 players on managed to cause a Kings turnover and successfully defending a 2 man down situation. Kings got the ball back with 2 mins left at even strength and again another turnover caused by The Scott’s defense and defense pretty much sealed the game. This game was a physical and scrappy contest with 2 teams fighting for something different. Saint Andrews fighting to get to the top and Kings fighting to get respect.