Benjamin vs Hagerty at 5:00pm Thursday

This matchup did not occur in the regular season and one thing to start with is the comparison of common opponents:

When you look at the comparative scores the edge goes to Benajmin.  Another thing in their favor is that Benjamin is riding a 10-game winning streak while Hagerty is now 8 for 9.  Both teams have upped their games later in the season.

Benjamin Head Coach Sarah Burlingame relies on a balanced approach and is known for having to make due with a relatively small roster given the small size of the school.  The MaxPreps roster only lists 19 players, well below the FHSAA allowed level of 25 for the final Four.

When you look at the posted team statistics for Benjamin they are averaging about 12 goals a game and are yielding only 6 per game, including the 20-goal loss to Bishop Moore.  Remove that outlier and they yield 5 per game.  That’s stingy.  Draw control is at a 56% clip this year.

Hagerty’s team statistics show scoring 14 goals per game versus a little under 7 allowed per game and according to my calculations their Draw Control comes in at 53% (MP does not show but I assumed every goal scored for and against and the 2 halves per game to calculate that.  Hagerty’s stats show far more Takeaways and Groundballs per game.

Neither goalie shows a save percentage above 50% and both are fairly close in the season’s numbers.

So statistically this shows to be a close game.

Benjamin is led on offense by #10 Jenna Byrne, a Rutgers commit, with 49G/32A.  Senior Ashley Turner, 32G/36A, is committed to Ohio State and Hanna Hilcoff, a senior commit to Oregon, chips in with 23G/29A.  An experienced group.  Others have also chipped in nice G/A totals. 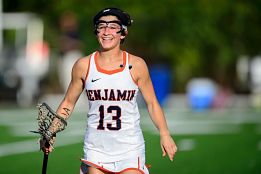 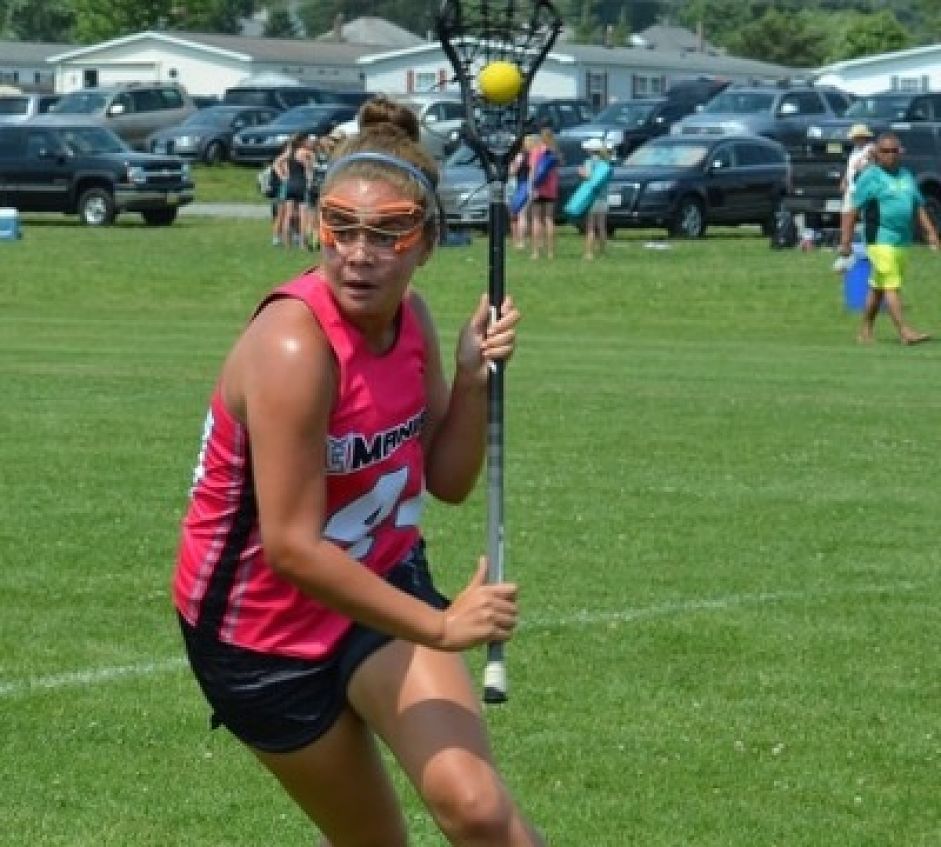 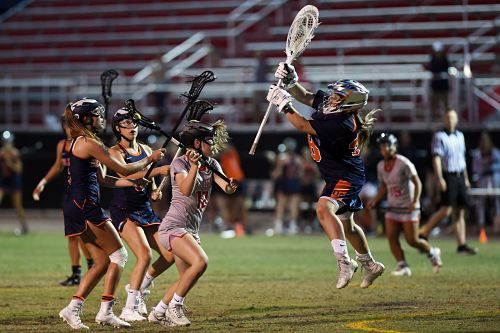 The defense is led by a pair of seniors in Ali Savidge (Tufts) and Ainsely Malamala (Mercer) and the goalkeeping is in the hands of junior George Washington commit Alyssa Vitale.

Hagerty shows a roster of 20 players on MaxPreps so they also are not deep in available players. 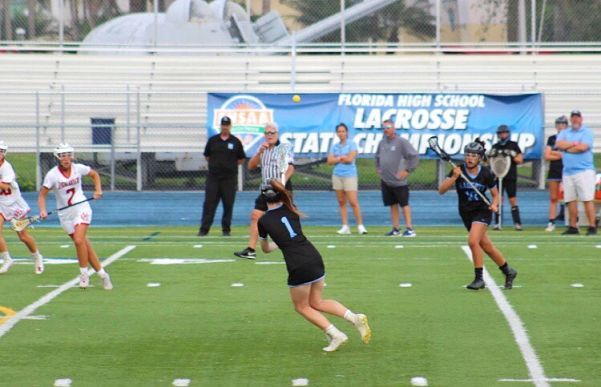 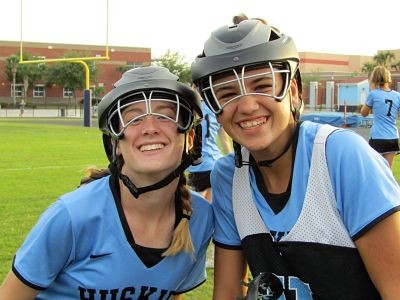 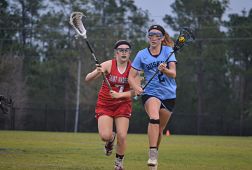 The defense is led by senior Captain Ashley Rassel, committed to Florida Tech, and senior Alexis O’Brien played the big minutes in goal.

This game looks like a close one on paper, but it looks like Benjamin has the edge on the comparative scores.  Due to the sizes of the rosters and the need to play two straight days for the winner, I don’t expect an up and down game and look for Benjamin to win the game by a couple of goals . . . something in the range of 12-10.

With all due respect to the first game there are not a lot of lacrosse experts who don’t see this as the championship game going into the event.  Both teams currently are ranked in the Inside Lacrosse Top 25 nationally and AH-Delray currently resides in the #3 spot while LHP sits at #19 in yesterday’s release.  Nationally.

They played early in the season with AH-Delray coming away with the 17-8 win at home back on February 23rd, or in other words, more than 2 months for LHP to make adjustments.

Both teams have played tough schedules, with national powers faced by both.  AH-Delray’s only loss was to the nation’s #1 team McDonogh and avenged last year’s only loss by defeating #17 Bishop Ireton.  LHP has wins over #21 Glenelg (MD) and #8 St. Stephen’s & St. Agnes (VA).  Both teams woman-handled IMG and Lassiter (GA).  And both have completely dominated their District and FHSAA opponents.

When you look at the Team statistics of both squads, they are remarkably similar.  They average 17-18 goals per game and yield 4.  There’s little to see in any of the Team numbers, with the one exception, that of the early-season matchup and the question is can LHP make up 9 goals?  They played a tighter FHSAA final last season that that score so you have to wonder if LHP held a few things back.  there also seems to be an advantage to AH-Delray on Draw Controls. 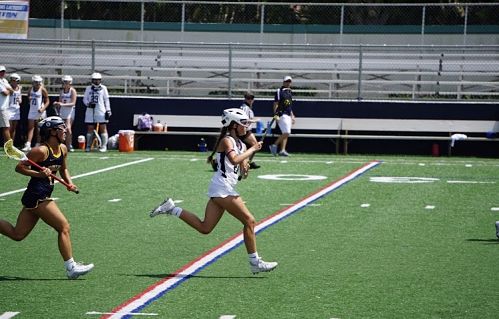 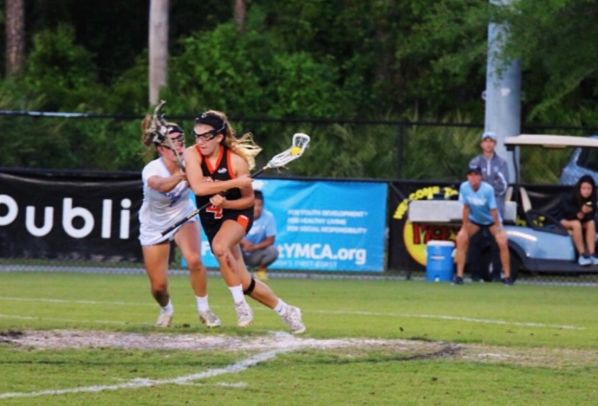 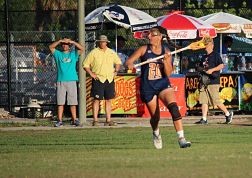 AH-Delray’s Caitlyn Wurzburger (UNC) once again exceeded the 100G/100A mark for the 4th straight season.  There’s really not a lot left to say about her.  One thing is that she managed to score the 100 goals on only 135 shot attempts.  I don’t remember another player, male or female, with that combination of output and efficiency.

And she’s hardly a one-women operation.  Sr. Allegra Catalano (Louisville, 85G/28) has developed a chemistry over the years with Wurzburger and their two-woman game is fun to watch.  Jr. Kylie Hazen (Georgetown) chipped in 55G/24A of her own while the Palmisano sisters, Anna and Sara (both Denver commits), combined for 50G/30A.  Sr. Middie Megan Manginnes (Louisville) added 26G of her own.

Defensively the Stallions are led in goal by Jr. Chloe Provenzano (Harvard) with a 60% save percentage.  Jr. Jordan Remer (Cincinnati) and Fr. Payton Wainman lead the team in takeaways and groundballs and form a tight defense with Sr. Sarah Allen.  One thing that makes the team special is how hard they ride all over the field and they are quick to capitalize after causing a turnover.

When you look at LHP they are led by their Under Armour All-American selection in Sr. Ainsley Thurston, a Duke commit with 67G/19A, who at 5’ 10” tall poses a unique obstacle for most teams but AH-Delray does have size on the back line to match up with. 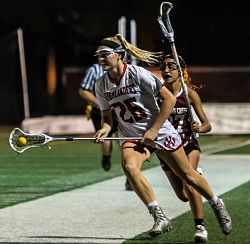 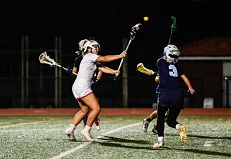 In goal it is Jr. Riley Alexander with a 56% save percentage and on defense you have the interesting combination of 2 seniors and a number of underclassmen.  They will have to step up big to give the Highlanders the shot at the upset.   Of the 24 LHP players listed on the roster there are ONLY 9 seniors and juniors so this might be one year early for them.  On AH-Delray the similar numbers are 13 upperclassmen out of 23.

And that may well be the advantage here.

Last year LHP gave AH-Delray a much closer game than expected going into the finals and this year might be house money to LHP given their youth.  Not that they are not geared to pulling the upset, but maybe last year’s mix was better suited for this game this year.

Lake Highland Prep cuts the margin of victory from early in the regular season but falls short of the ultimate goal as AH-Delray takes the 16-12 win tonight.

Assuming we get the AH-Delray vs Benjamin final it will be AH-Delray ending Benjamin’s great run through the brackets and repeats as the FHSAA Girls’ champions.

Get out today starting at 5:00pm at Boca High and enjoy the games!