GAINESVILLE (June 5) –  Senior Maximus Schalit of Ponte Vedra High School has been selected the 2019 Florida Dairy Farmers Mr. Lacrosse and his head coach, Tom West, has been named the 2019 Boys’ Lacrosse Coach of the Year.

Schalit, who plays defense and long stick middie, helped his squad to the state championship by forcing 71 turnovers and securing 43 ground balls while anchoring the Ponte Vedra defense. He scored 37 career goals and was named both a US Lacrosse and Under Armour All-American. He has signed to play college lacrosse at the University of Notre Dame. 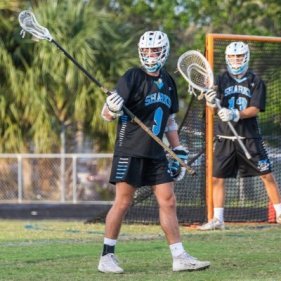 West led Ponte Vedra to a 24-1 record and the school’s first state title. In 11 years at the school, West has compiled a 213-31 record with six Final Four appearances and a state runnerup finish (2016). He has an overall record of 361-84 during his 22-year coaching career.

The Florida Dairy Farmers Sports Awards program exemplifies Florida Dairy Farmers’ commitment to the state’s youth. This is the 27th year of these unique awards as we honor the state’s top athletes and coaches in all 30 sanctioned and recognized FHSAA sports. The program also emphasizes to young people the importance of keeping dairy products a primary part of their diet in their overall nutrition plan.