Oxbridge and Jupiter renewed their rivalry last night and the Warriors avenged last year’s road loss to the Thunderwolves with a tough 8-4 win on home turf.  The game continued an early season trend among the top schools of stifling defense containing still-evolving offense.  A number of seniors from last year have moved on from the top teams in the area and Oxbridge is no exception, having lost multiple D1 freshmen.  The games have taken on a feel of upstate NY, physical, tight and you earn every shot attempt.

The final score was a little more of a spread than the play indicated, as Oxbridge squandered a number of ‘open in front’ looks they could have easily converted.  They were able to go 2 for 4 on EMO to get back into the game after a first quarter that saw them playing defense for probably about 10 of the 12 minutes.  The scoreboard was out last night so goal time is not available – I didn’t think to ask if the scoreboard had been attacked by bees and wasps – some of my close contacts here know what I am referring to but the story doesn’t work here! And it seems the few times I’ve encountered that it’s been an Oxbridge road game . . . hmmm.  Correlation or coincidence?

Okay, enough of that trip down memory lane. 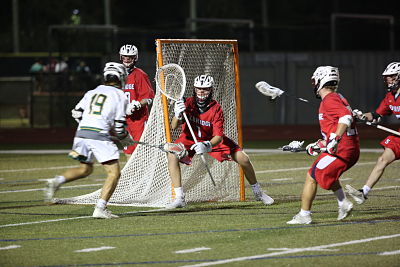 Oxbridge weathered the storm of that 3-0 first quarter that could have been worse and started to take over in the 2nd, and finally they converted later in the quarter on EMO.  A late penalty gave them possession to start the third, and they rallied to tie it up.  Jupiter took back control with a 3-goal run fairly quickly and that held up the rest of the game as Jupiter goalie Aidan Vincent played well and was also blessed with a couple of crossbars on great Oxbridge looks on fast breaks and crease feeds.

While Oxbridge’s long poles were able to shut down the interior fairly well, I really want to mention Liam Storkerson, who I though had a terrific game in many facets, both on ball and off.  Ground balls and clearing.  He stuck out among a lot of good long pole play.

Both offenses are still a work in process.  Jupiter had more returning but the off-ball movement is still spotty, and they are much more effective in rhythm.  Oxbridge is still looking for the right replacement for Connor Davies but that’s a tall order for any team.  It’s fair to say that the two teams will go as far as their offenses take them; the other side of the ball is pretty solid already for both. 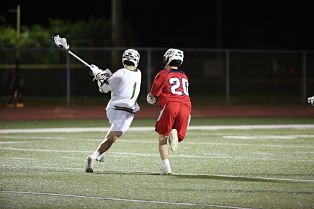 Chris Radice opened the scoring for Jupiter by beating his defender to the cage from behind left, as the slide came a little late to stop the left crease shot.  Tyler Douglass split the defense on a delayed call and dodging to the middle for the low right hand shot, drawing the penalty too.  Miles Jones made it 3-0 as he stepped in and fired a right hand shot to the top right and that’s how the 1st ended.  Jupiter outshot Oxbridge 10-2 but only hit the cage 4 times, or it would have been worse.

And like so many times, when you let a team hang around it can bite you and Oxbridge made it 3-1 late in the second on EMO as Reece Riccardo found James Dorsey on the right wing from right behind for the step down to the short side and the half ended at 3-1. 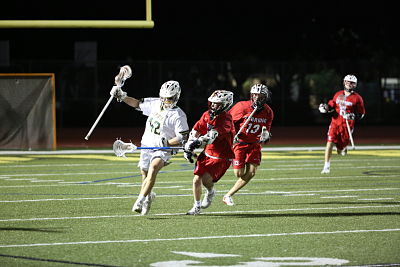 Two Gio Villasana feeds to Mike Hayes tied the game up in the 3rd, with the first on EMO, as Villasana fed the skip pass to low left for Hayes’ low right hand shot and then Hayes took the left GLE feed while cutting to the middle after Villasana circled the cage and it was 3-3.  Oxbridge then got a little sloppy and it cost big.  A failed clear led to Max Sanderson dashing down the right side, finishing left-handed to the top left and after another turnover it was Max Silver finishing the 4 on 3 fast break, taking Radice’s top left feed on the low left for the top right shot for 5-3.  It went to a 3-goal lead soon after as Sanderson found Douglass in the middle from low right for the low putaway.  Riccardo found a way to get the ball in to Dorsey for the quick shot from right GLE and 6-4 but Silver fed Rasmus up top for the step down and 7-4.

A late Sanderson left alley dodge from up top got through Oxbridge goalie Parker Fite to end the scoring as Jupiter ran out a decent amount of the time left to end the game.

Jupiter plays a home game Monday against Palm Beach Gardens and Oxbridge is off until next Friday when they travel to King’s Academy in a key district matchup with potential seeding issues for the district playoff. 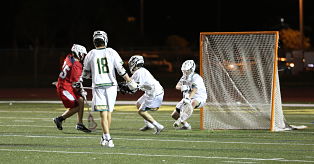 Chris Radice and Max Silver with 1G/1A each

Miles Jones and Devon Rasmus with 1G each

James Dorsey and Mike Hayes with 2G each

Reece Riccardo and Gio Villasana with 2A each