The story last night was two-fold.  LHP wins their first FHSAA Girls’ title over Benjamin last night 11-6.  It was 10-2 at halftime and even with a small Benjamin run of 3 goals in the second half the lead was never seriously jeopardized and that wasn’t a big surprise.  The Benjamin program is to be commended for their great season but most thought the other side of the bracket had the two best teams this season and that did play out in the Final Four.

I’m including links to the PB Post and Sun-Sentinel articles for you to read the game recaps, I can’t really add to that as far as the game was concerned.  Less than 6 minutes into the game it was 5-1 LHP and the rest of the game felt like a holding pattern. 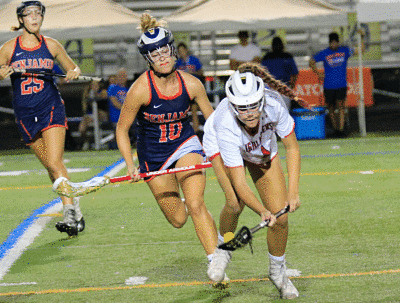 LHP’s Jackie Norsworthy continued her Final Four production with 4G and Ainsley & Ashley Thurston combined for 3G/2A.  Goalie Regan Alexander was credited with 7 saves and after watching her in the semifinals I would have named her the Final Four MVP if asked.

Benjamin was led by Ashley Turner and Hanna Hilcoff with 2 goals each and Gwen Savidge with 1G/2A.

After the game we were able to catch up with the two head coaches: 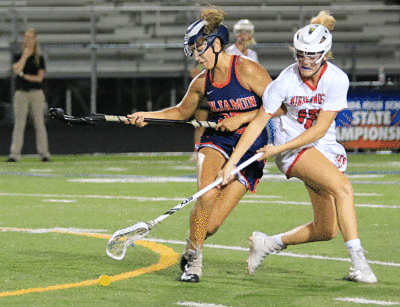 And now we have something to contemplate.

When you look at the last few years in Girls’ lacrosse in the state we had the Vero dynasty, finally slain by an upstart Bartram Trail in a game you would pay good money to see, followed by a wonderful 2OT win by Bishop Moore over St. Thomas, and then last year’s coronation.  Last night’s game was possibly an inkling of what is to come.  Going into the season the thought was that American Heritage would repeat, even in the knowledge that LHP had turned the reins over to the most successful high school girl’s coach in the country.  There had to be a period of time to make an impact at the highest level.

But it didn’t happen that way; for LHP won it all the first year. 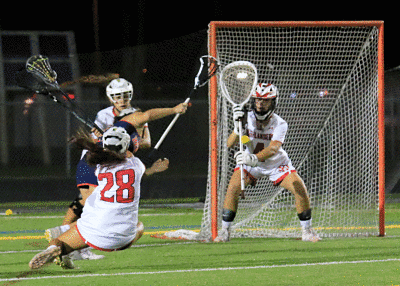 Next year we will have another likely LHP vs AH-Delray confrontation in the Final Four.  And the AH-Delray program will have all the incentive in the world to re-double their efforts to win again.  But what comes after that year?  Are we on the verge of another Vero Beach dynasty?  The environment is not quite the same as it was for Vero.  There are far more Girls’ programs playing at a high level now and there are large numbers of little girls around this state that are carrying a lacrosse stick around then it use to be, and they are flocking to youth programs around the state.

But it’s hard to overlook the simple fact that it took only one year for Coach Robinson to win here.  And the sport has a higher profile in the state than even 5 years ago when I watched a magical semifinal in Bradenton between Vero and Barron Collier . . . actually I can’t believe that was 5 years ago already . . . when BC’s Olivia Ferrucci almost singlehandedly won that game, and might have if it wasn’t for a really unfair yellow/red card.  Even a great talent like Caitlyn Wurzburger can’t win a game by herself today and that is also a story this Final Four showed.

The next three years will really tell a story . . . one that might have some interesting, if unintended, results.  A general raising of the level of play statewide for the Girls’, complete with more national rankings by the state, or another dominant run.

Or maybe even both!

THAT would be pretty cool.