As we rapidly bring 2018 to a close (and to be able to forget briefly the ridiculous volatility in my day job . . . ) here’s my Top 10 lacrosse stories in the world of Florida lacrosse for the calendar year.  Please note that I keep the Stoneman Douglas event as a separate item, as that obviously is probably the biggest news story in the state for the year and for those of you who did not previously know I wrote a substantial article about the lacrosse connections to the shootings and their aftermath and here are the links to FLN’s and Wells Dusenbury’s coverage:

A Small Step For Lacrosse, A Giant Leap For Regaining Equilibrium

There were a few Honorable Mentions that didn’t make the cut, such as how well our state’s MCLA teams performed (FGCU in particular nearly got the biggest upset of the D2 tourney), the growth of new programs in Palm Beach Atlantic Men and Women, Lynn Women, Embry-Riddle at the college level and plenty of new high school varsity and club programs as well.  Major northern name coaches continue to look towards our area.  And a highly regarded announcing team debuted at the college level after cutting their teeth at the high school level . . .

I even want to mention two Games Of The Year that I witnessed in person (only ones I personally watched get that consideration):  The OT Final Eight game of SA knocking off STA in front of one of the great crowds I’ve seen, and the only AH Delray/Boca loss of the year against Bishop Ireton (Va.), which was as fun a high school Girls game as you would ever want to watch!

Okay, now that the preliminaries are out of way here’s my Top 10 stories of the year!

#10 – The FHSAA Classification Tabled For Now

Maybe the biggest debate question I get from talking to parents and coaches is will there be more than one classification for the sport and I have solid arguments on both sides, which is why Gainesville will have to take their time at looking at this.  Many of you know that I think it is still premature to be breaking into classes, due to the geographic size of the state and the number of varsity programs we currently have and that there might well be a better idea for now while we still grow the number of programs and I laid it out here:

A Look Forward: How Could We Avoid Classifications For Now and Still Improve the Playoffs

How does it feel to lose 88 straight games as a program to start?  I have no idea.

Great job Boys!  Now make the District playoff as a next step. 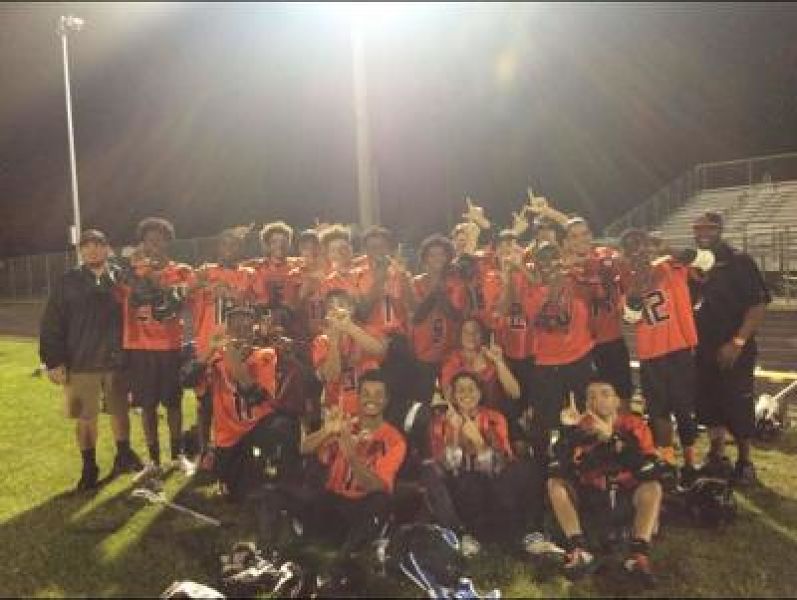 The D1 national champs, the Yale Bulldogs, recruited The Benjamin School pretty well, didn’t they?  Starting long pole Jerry O’Connor and Middie Christian Cropp, are now the proud owners of an NCAA Championship ring.  And at the international level it was the Bernhardt brothers, Jake and Jesse, bringing home World Championship rings.  2 of the 23 U.S. team members are from our state. 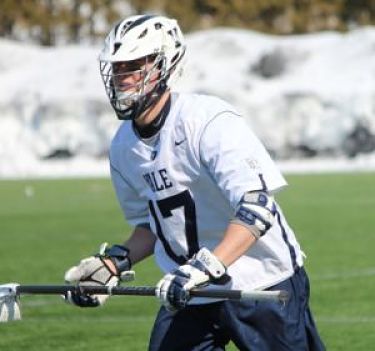 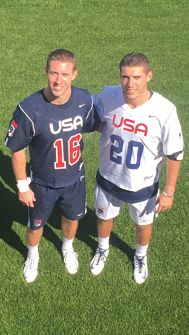 #7 – The Launch’s Roster is Decimated

The PLL swooped in and signed a LOT of the roster.  I wonder how many autographed balls, sticks and jerseys will now sit in a pile in the closet?  Somewhere along the line of the PLL/MLL battle something was forgotten . . . that there were a lot of kids out there who now are wondering what happened to their favorite players?

Any readers out there NOT KNOW what Chris Robinson accomplished at McDonogh in Maryland?

And he’s now the head coach at Lake Highland Prep?  That’s pretty big.  I get the feeling we’ll be seeing some pretty interesting FHSAA Final Fours for awhile on the Girls’ side.

Cardinal Mooney . . . Tampa Jesuit . . . Sickles . . . Riverview-Sarasota . . . Steinbrenner . . . etc., all of a sudden the Gulf Coast region from Naples all the way through Tampa is a force to be reckoned with.  No moment highlighted that more than Cardinal Mooney’s 16-10 takedown of defending state champion St. Thomas Aquinas.  Mooney played a solid quarterfinal road game in the loss to Jupiter, as did Tampa Jesuit with Bishop Moore, and the number of recruited players is starting to mount from the area.  How much fun is it now that another region of this state is on their way to prominence? 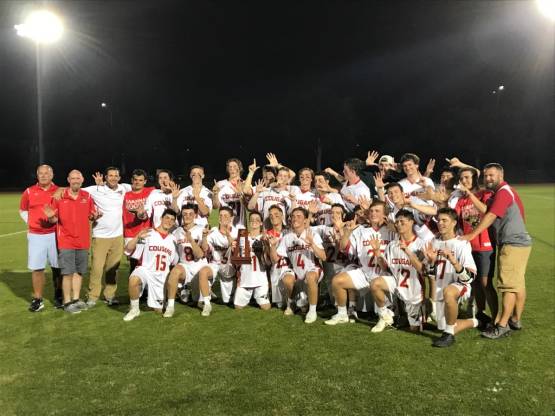 One loss to Bishop Ireton might have well cost a possible chance at the mythical national championship but for a Florida high school to be ranked #5 IN THE NATION after the season is a tremendous accomplishment.  And this was not a one-woman team, as the college commitments of the players piles up.  This team was dynamic to watch and hopefully the next season will continue the trend. 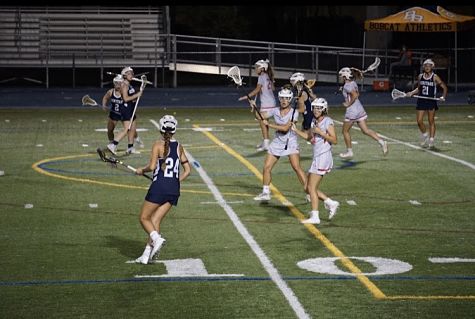 No one really saw this one coming.  Saint Leo needed to go through the same Tampa team that had beaten them in the SSC playoffs and they got hot at the right time.  The final score of the title game does nothing to take away from what the team accomplished.  An OT win over Tampa in Round One and a one-goal road win over South #1 seed Lenoir-Rhyne placed the Lions in the title game for the first time in SSC history. 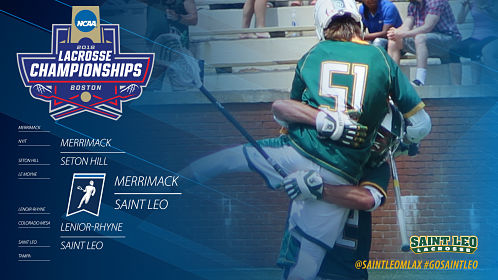 #2 – Jupiter High Makes A Statement for the Public Schools

I know I promised to put this one to bed with the last podcast but the importance of a public school winning in the CURRENT environment of private schools dominating state titles is not a small thing.  And it’s not them alone.  Ponte Vedra, Lake Mary, Barron Collier, Boca Raton and others have reached the Final Eight or better over the years I have covered the sport.  And let’s not forget that Vero Beach dominated the Girls’ side for many years too.

A great season for the Warriors and a blueprint for how to challenge every year. 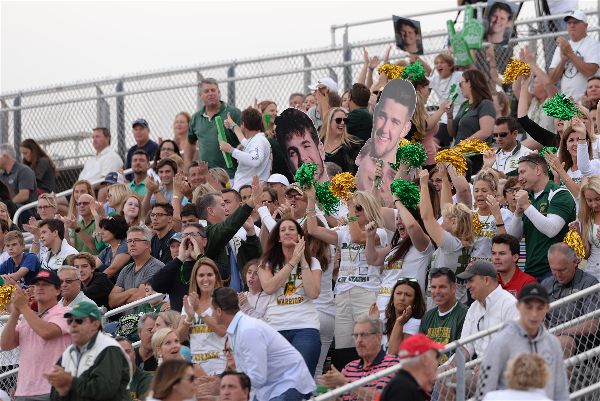 What else can I say to describe the year she had?  National High School Player of the Year for Inside Lacrosse . . . State Champion . . . 3rd Straight 100G/100A year . . . US U-19 Team Member and the college choice changed from Syracuse to UNC, a decision that carries much impact given how her 8th grade decision possibly started the whole move in recruiting rules.

That’s enough for three years, not just one. 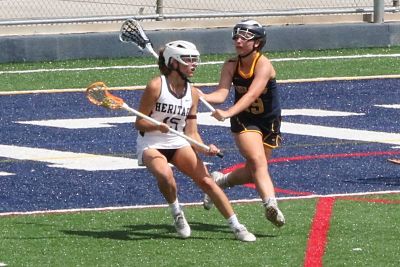 36 days to the first day of practice

56 days until the start of the Regular Season!

Make a New Year’s Resolution or two this holiday season:

#TAFTAG – Take A Friend To A Game