via US Lacrosse press release

Author’s Note:  This is obviously a little dated, since the event has already occurred but this is quite an honor for Chloe and the state and it deserves to be highlighted.  Congratulations to Chloe!

SPARKS, Md. — US Lacrosse has named a total of 88 players to its inaugural USA Select teams. Twenty-two players were named to the four teams, representing boys and girls at the U15 and U17 levels.

The selections were made following August’s national combine for the National Team Development Program (NTDP) that featured nearly 300 of the nation’s top young lacrosse players training at US Lacrosse headquarters.

As part of the NTDP process, more than 1,300 players participated in 21 regional trials (boys and girls), conducted in partnership with the Premier Lacrosse League and Women’s Professional Lacrosse League, this summer leading up to the selection of the USA Select teams. 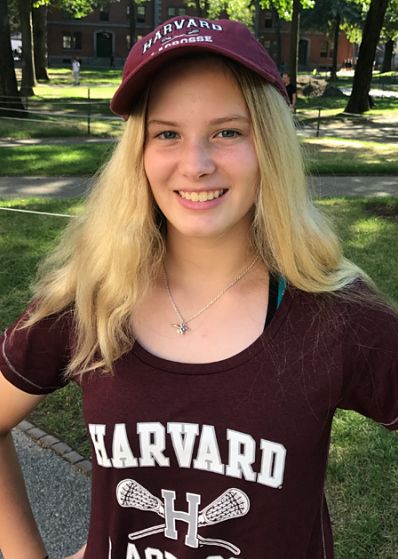 “After years in the making and many miles traveled to work with and evaluate the top lacrosse players from across the country, we are thrilled to announce the 88 young men and women who will represent the United States in our showcase event this October,” said Natalie Wills, senior manager fo the NTDP.  “The national combine was an incredible event and all those involved should be very proud for what they’ve accomplished.”

The goal of the NTDP is to provide high-level training for the nation’s top young players that will ultimately expand the talent pool for the U.S. national teams that participate in World Lacrosse competitions.

The four USA Select teams will compete against international competition from Canada during the Fall Classic at US Lacrosse over the weekend of October 18-20.

Serving as the head coaches for the USA Select teams will be Molly Ford (Girls U15), John Galloway (Boys U17), Caitlyn Phipps (Girls U17) and Joel White (Boys U15).

Ford is a former Georgetown star that now coaches at the Hockaday School in Texas. Galloway plays in the Premier Lacrosse League, won a gold medal with the U.S. men’s team in 2018 and is the head coach at Jacksonville University. Phipps won the Tewaaraton Award in 2010 to cap a standout career at Maryland, won gold medals in 2009 and 2013 with the U.S. women’s team and is now an assistant coach at her alma mater. White, who plays professionally in the Premier Lacrosse League and the National Lacrosse League, has played for the U.S. U19, senior and indoor teams.