In the movie Remember The Titans, there’s a scene in an early playoff game where Coach Yoast, knowing that the referees were trying to help the opposition, leans over to Coach Boone and tell’s him ‘leave no doubt Herman’.  Of course, there’s no comparison of the reffing part yesterday but the conclusion was the same.  Ponte Vedra left no doubt yesterday that they are serious about succeeding the reigning champions this season.  It was an impressive wire to wire win that showed almost no flaws.

Author’s Note:  The clock was malfunctioning so I was not able to get times of the scores

This game was basically over by halftime.  The offensive stat differentials were large.  Jupiter shot the ball FOUR times in the first half.  Ponte Vedra shot it 23 times.  7-1 at the half.

The second half wasn’t much better.  A total of 14 shot attempts for the game versus 38. 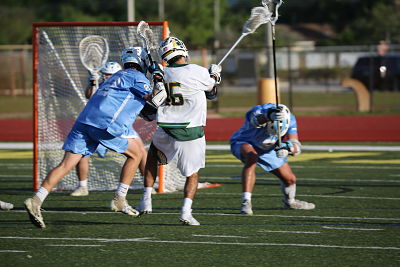 The Ponte Vedra defense was tenacious and didn’t let up.  And it certainly was not just Max Schalit.  Tommy Zitiello, Davis Smith and the rest of the defense, including freshman goalie Nolan Parlette, cleaned up when needed.

And the offense lived up to its’ reputation.  The reputation we noted preseason when we called PV ‘loaded’.  This is definitely the most talented group I’ve seen this year.  Dylan Hess pretty much got to any spot he wanted.  Carter Parlette showed a patience I hadn’t seen out of him before.  There are spot up shooters in Patrick Dotsikas and Jack Dowd and Joe Taraboletti knows how to work inside off the ball.  Add in Long Island transfer Freddie Amato, who doesn’t show up much on yesterday’s scoreboard, but adds another confident ball carrier and feeder to the mix, while being a calming influence with the ball.

The team that beats Ponte Vedra in Florida this year will need to find a way to corral all those options.  The two teams that seem best suited are still to come . . . Friday is another statement game against the team that knocked them out of the FHSAA’s in the semifinals, Bishop Moore.  The Hornets are on a roll themselves after some early shakiness and that’s a home game that northeast lacrosse fans should be attending.  The other team is about 10 miles south of Jupiter and that game will be Saturday the 13th at noon at #1 Oxbridge.

My local fans will be eternally damned if they don’t show up for that one.  There’s a good chance you get to see the dress rehearsal for Boca on May 11th that day . . . as for the defending state champs, they’ll need to regain their offensive personality soon, or the BDDFIF will not be any different than the first matchup. 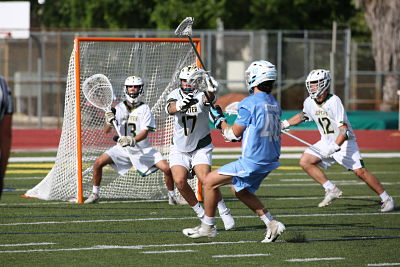 Ponte Vedra jumped out early with two goals in the first four minutes and that was it for the quarter.  Hess started at right top and dodged towards the middle before getting off the left hand low shot after the defense backed in and that was followed by a fast break where Parlette found Dotsikas all alone near the crease from up top for the easy putaway.

That was followed by an additional 5-goal run, mostly in the first half of the 2nd quarter to stretch it to 7-0.  Parlette beat his defender down the right wing before his left-hand shot slipped into the net.  Amato then found Dotsikas from left GLE after curling behind the net on the right crease for the one timer for 4-0.  A two-man EMO was finished off by Hess, after Jupiter goalie Hunter Bracci made two great saves, as he curled from behind right for the low shot in close for 5-0.  Another EMO opportunity saw Taraboletti cut to the crease and Dotsikas found him from behind for the one timer and Dowd finished with a step down from up top off the Parlette right wing feed to end the run.  Jupiter’s Devon Rasmus finally broke through for the Warrior’s late in the period, as he faced dodged the left wing and shot low to make it 7-1 at the half. 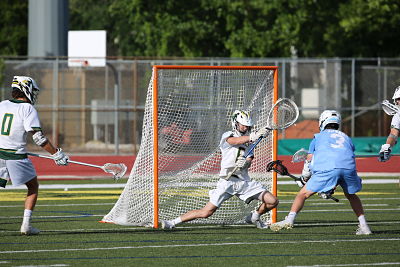 An early EMO for Jupiter gave them some hope as Chris Radice found Jackson Backshaw cutting the left alley and his left wing feed gave Backshaw the left hand low shot for 7-2, but that was all that thwy would get.  A killer turnover deep in Jupiter territory led to Hess finding Dowd up top for the step down and any hopes of momentum went out the door at 8-2.  Another 2-man EMO was converted by Taraboletti as Dotsikas found him from left GLE cutting down the middle for 9-2 and PV’s Hess unassisted and Dotsikas from Parlette finished the game off in the fourth for the 11-2 final.

Jupiter is back in action on Tuesday, traveling to Palm Beach Gardens for their last district tilt, before finishing with road games at LHP and Lake Mary, an a season-ending home game versus STA while Ponte Vedra goes to Creekside for another Top 10 matchup and district game on Tuesday. 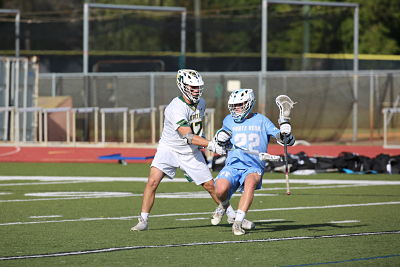 Jack Dowd and Joe Taraboletti with 2G each

Devon Rasmus and Jackson Backshaw with 1G each

Thanks to Coach West and Coach O’Hara for talking to me before and after the game.